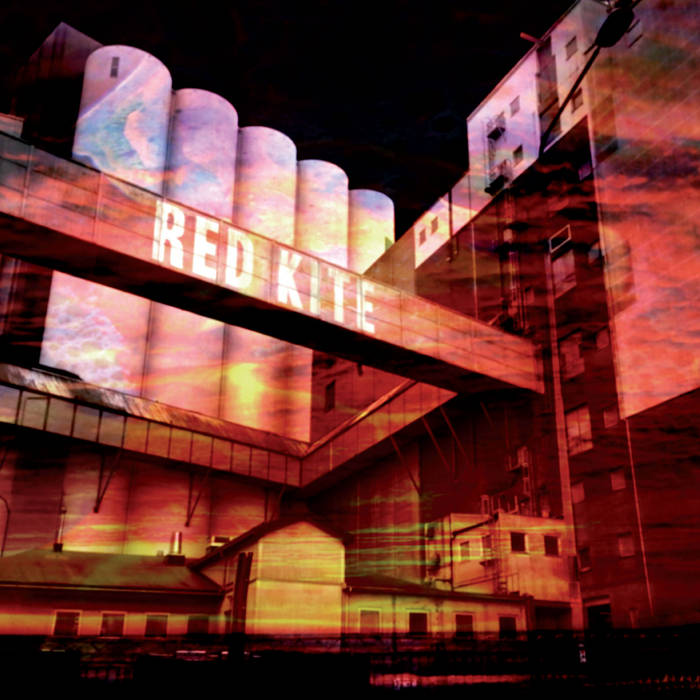 Ouessante Rock with a 70s Miles-ey jazz sensibility. Every instrument is up front in the mix including the drums. Music that is robust in delivery but done so deftly and with emotion. You can tell they are loving what they are doing together but it's never indulgent. Music to blow one's socks off.

“We all grew up listening rock and heavy music,” says Lofthus, “but later discovered jazz, prog and all kinds of other great stuff along the way. It’s all just music to us, to the point where it all just melts together into one big organic stew now.”

That stew offers the listener a hearty, churning cauldron of sound to taste from over the course of the band’s stunning debut, Red Kite. The album’s 40 densely layered minutes comprise four expansive original compositions by guitarist Hermansen, each offering a vast, intriguing but wide-open terrain for the band to traverse. In addition, the quartet delves into Alice Coltrane’s “Ptah, the El Daoud,” the title track from the pianist/harpist’s classic 1970 Impulse! album, honing the original’s spiritual transcendence to a keen, serrated edge.

Lofthus and Hermansen met while both were members of the long-running Norwegian hard rock band Shining. The drummer was a founding member in the group’s early days as an acoustic jazz quartet; Hermansen joined a decade into the influential ensemble’s history, as it was veering further into avant-garde metal sounds on albums like Grindstone and Blackjazz.

Both were familiar with Frønes’ distinctive powerhouse style from his work in the rock band Cadillac; Hermansen went on to work with him in the progressive jazz fusion quintet Grand General. When the bassist left his home base of Trondheim for the capital city, Oslo, the three were, according to Lofthus, “all just looking for an excuse to jam.” The results, he recalls, were “too much fun not to repeat at a later date.”

Lofthus and Hermansen had each already established a thrilling trio on their own since leaving Shining: Lofthus formed the acclaimed Elephant9 with keyboardist Ståle Storløkken and bassist Nikolai Eilertsen, while Hermansen led the explosive Bushman’s Revenge with bassist Rune Nergaard and drummer Gard Nilssen. To differentiate from these bands as well as offer even more possibilities as this exciting jam session gelled into a working band, it was decided to expand the line-up with a fourth member.

The instant choice was Moen, who had played alongside Lofthus and Hermansen on Shining’s Blackjazz and its live follow-up. With the membership in place, the four members stole as much time as possible from their other diverse projects to explore together in rehearsal spaces and on festival stages, and together forged a sharply focused group identity. The results can be heard in their dizzying glory on Red Kite.

“The story of the album, for us at least, is discovering and cementing our own sound,” Hermansen explains. “It’s been about finding out what sets us apart from our groups, accentuating our own eccentricities, and doing so naturally. That’s been our journey as musicians, at least; for the audience we’ve tried to put together a set, a musical journey that makes sense on its own terms.”

That journey launches with the atmospheric introduction to Alice Coltrane’s “Ptah, the El Daoud,” one of the first tunes Red Kite ever jammed on together. While Moen eventually lurches into the familiar bass line (memorably played on the original by the legendary Ron Carter), Coltrane’s spiritual march here becomes an aggressive steamroller of sound, trading the original’s spiritual musings for exhilarating vigor.

The remainder of the album was penned by Hermansen, though all four members are also composers, and the guitarist’s skeletal themes serve more as instigations for group investigation. “The compositions are just jumping off points for the band,” Hermansen says. “We just need a starting point, so we’re just looking for ideas that are articulated enough and to the point without getting in the way. They could have been anybody’s;”

Each of the pieces is given a provocative title, beginning with the mixed message of “13 Enemas For Good Luck.” As Hermansen says, “Naming such a thing as abstract instrumental music is, on its face, kind of an absurd notion to begin with. So one might as well underscore the absurdity of it. A few words are generally needed and you might as well choose them carefully, even if it might be a joke. If something can work on more than one level, then that’s a good thing.”

The piece itself, with its grinding momentum and roiling rhythm, is anything but a joke. Hermansen’s howling guitar echoes in the vastness, gradually swelling in potency until bursting into the monolithic melody. The intensity continues to build until it fragments into shrapnel-like outbursts. The album’s shortest piece, “Flew a Little Bullfinch Through the Window,” is also its most relaxed, though hardly the delicate lilt the title might suggest. It’s built instead on an elusive groove, with Hermansen and Moen tracing filigreed lines away from the rotating rhythm.

Anyone hypnotized into a lull by that song’s relative gentleness will be shocked awake by the incendiary jazz-rock volatility of “Focus on Insanity,” a play on the title of the Ornette Coleman classic from The Shape of Jazz to Come. The title change is apt for the tune’s derangement of Coleman’s Harmolodic excursions. The album draws to a mesmerizing close with “You Don’t Know, You Don’t Know,” its philosophical ambiguity vividly expressed through a haze of narcotized psychedelia.

The release of Red Kite’s self-titled debut is cause for celebration among those with a taste for the adventurous and extreme. It’s a delirious set that fluidly elides genre boundaries with staggering vibrancy and galvanizing imagination.

All compositions by Even Helte Hermansen (TONO)
except Ptah, The El Daoud by Alice Coltrane (Jowcol Music, BMI)

Artwork and Design by DridMachine

They would also like to thank Fond for Lyd og Bilde and Fond for Utøvende Kunstnere (Ffuk) for their support.

Bandcamp Daily  your guide to the world of Bandcamp

Serena Cherry debuts her black metal project, plus a Pick from the Crypt block from Svalbard